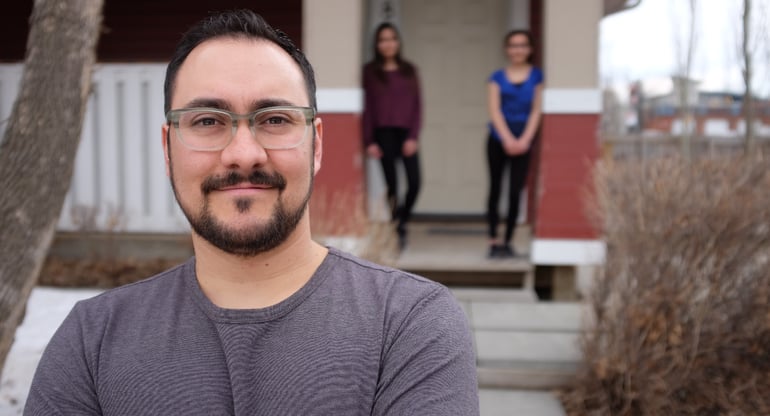 It’s always amazing to see a home come together.

I mean, that’s what keeps us glued to every HGTV show until the last three minutes! (You do that too, right?)

But seeing a home come together is extra amazing when there are literally hundreds of people behind it and it’s transforming the lives of families.

Edgar (pictured below) is one of these families. He bought his Habitat home in Capitol Hill last fall and moved in with his two daughters, Natalia and Sofia.

“I saw the houses built by Habitat and was amazed with the attention to detail that goes into them; from the interior details, to the care and thought put into the design so that families not only have a house, but LOVE their home.” 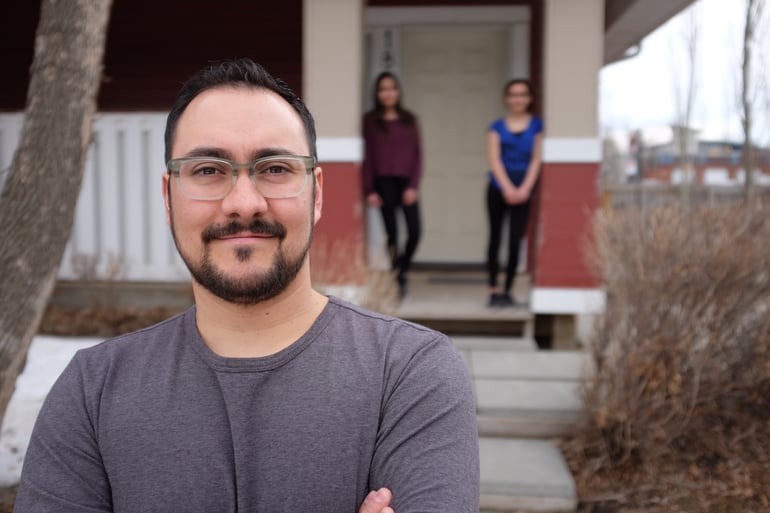 Because your support is at the centre of this success, we wanted to give you an update on where our builds are at.

Not because of the drywall and nails (although that’s fun too), but because of the way you have rallied behind these homes and these families, and because the impact you are having will last a lifetime.

So let’s get into it. But be warned, cute children and heart-warming quotes to follow.

After three years of construction, we’re thrilled that Pineridge Place is now complete and will be home to 24 families and more than 75 kids!

Aiza is two years old and is one of the children who will be calling Pineridge home. Her father, Khalid (pictured below), spoke at the Pineridge Home Dedication on April 20, where we were joined by project partners, community members and volunteers.

Some of these included the Government of Alberta, the Interfaith Build Project, Ride through the Rockies, the Nickle Family Foundation, and First Calgary Financial.

“Owning a home means putting down roots and having a space to truly call yours. This is a place where you can plan the future of your kids.” 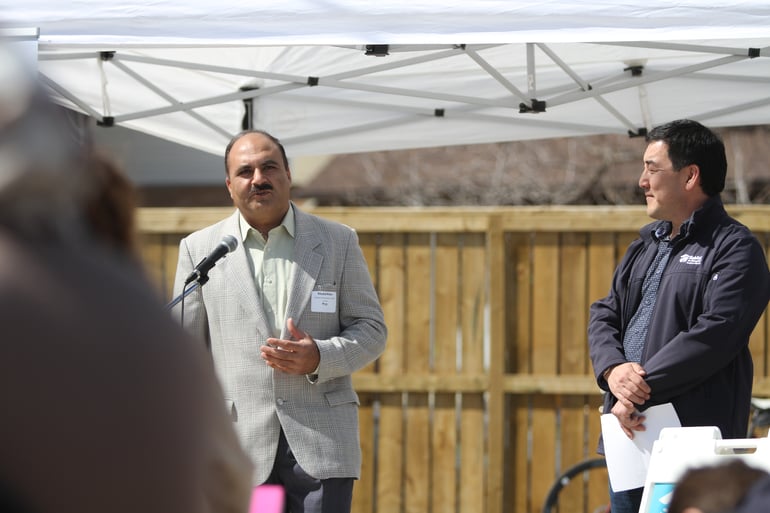 Last November, we began two five-plexes in the northwest Calgary community of Bowness. These homes are well-underway and were also the site of Women Build 2018.

“Excellent event – both enabling us to give back in a concrete and meaningful way to the community and at the same time building community and empowering women to use tools and do construction."

We expect the first five-plex to be ready for families to purchase this fall, and the second to be ready by next March.

These homes have been generously supported by ATB Financial, the Arthur J.E. Child Foundation, Bonavista Energy Corporation, the CMHC and the Prosser Charitable Foundation. In 2016 the Town of Okotoks received a recommendation to create a continuum of housing options in the Town that includes both affordable and subsidized housing.

Habitat for Humanity is thrilled to be working with the community to build a duplex in the D'arcy community of Okotoks that will help two local families buy their first home through our affordable mortgage.

Romano and Avon are one of these families (pictured below). They describe owning their own home as an “opportunity that comes once in a lifetime,” and feel especially blessed by the impact if will have on their two kids, Lorenzo (7) and Nina (4).

Romano and Avon are both steadily employed at a local car dealership and pizza parlour and are looking forward to putting down permanent roots in Okotoks.

“Having our own home means the world to us. It’s a little piece of heaven on earth where we feel safe, secure and happy. A place where we create memories. A place where our greatest family stories begin.”

These homes have received tremendous support from the community, including the Town of Okotoks, Morrison Homes and Anthem United. We will be breaking ground this Friday, and expect these homes to be complete later this fall.

We began construction on this four-plex in Bowness last May. The homes were complete earlier this spring and will give four local families the chance to buy their first home through Habitat.

Annette is one of those families. She is a single mother of two boys – Patrick and Riley – and works as a school bus driver. She’s thrilled to have the opportunity to buy her own home and put down roots in Bowness.

“I have always wanted to own my own home but have been financially unable to attain that. I want to become a family member of Habitat because I believe in working hard, being kind, and loving one another.”

These homes have been generously supported by the CREB Charitable Foundation, the Alberta Real Estate Foundation, and the Roman Catholic Diocese of Calgary. 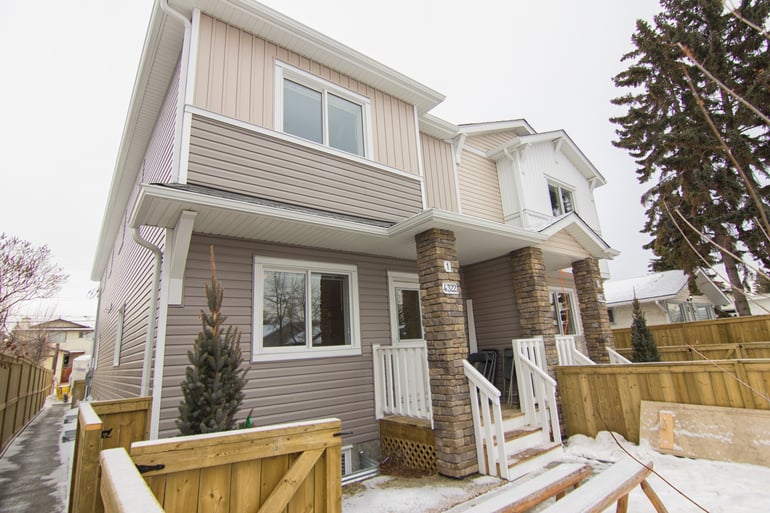 We have some exciting opportunities coming up later this year in Silver Springs and Radisson Heights.

Looking ahead to next year, we’ll be working in Pincher Creek and Medicine Hat to help families buy their own affordable home in both of these communities.

But if you’re saying to yourself, “I want to do something now!” don’t fret, we’ve got you covered.

You can do a Build Day with your colleagues, volunteer at one of our ReStores, or donate to the Every Kid Campaign. 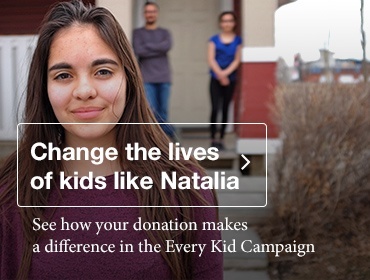