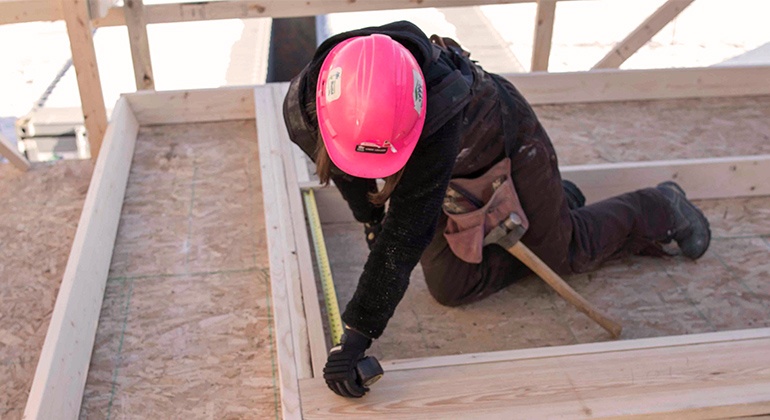 Pineridge is one of the biggest projects we’re working on right now. This development will consist of six four-plexes providing stable housing for 24 families in the community of Pineridgewill.

Each unit will be approximately 1,030 sq. ft., with three bedrooms and one bath on the second floor, a half‐bath on the main level as well as kitchen and living spaces. All homes are built using energy saving building practices to an equivalent of a Build Green Gold level and thus reducing overall costs for utilities and water.

Read our weekly update to find out how close we are to a completion day of the Building D and when we’re expecting to start work on insulation and drywall in the Building C.

Last week we’ve mentioned that Building D is expected to be ready for occupancy by the end of February. And, as you can see on the images below we’re continuing to do final touch ups and inspections to prepare it for occupancy. 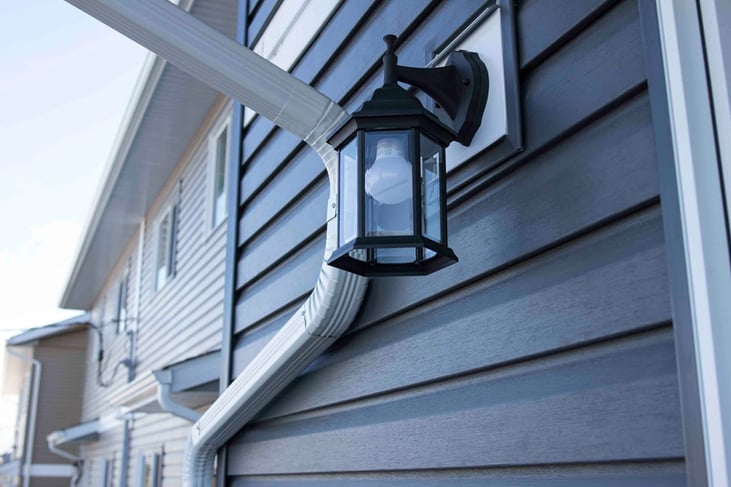 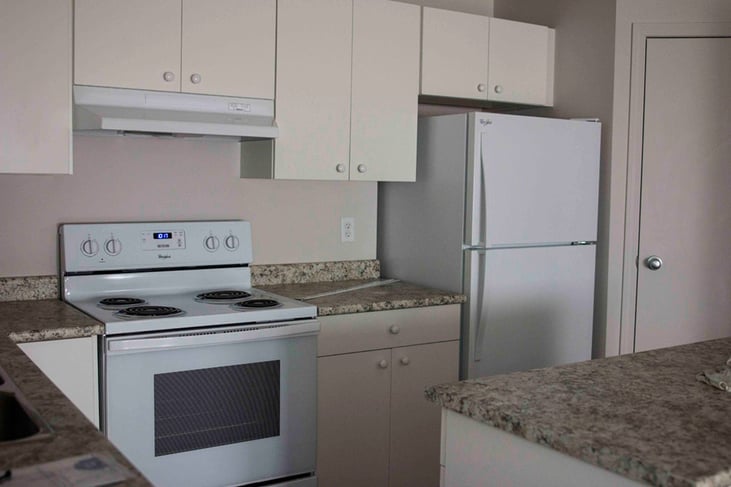 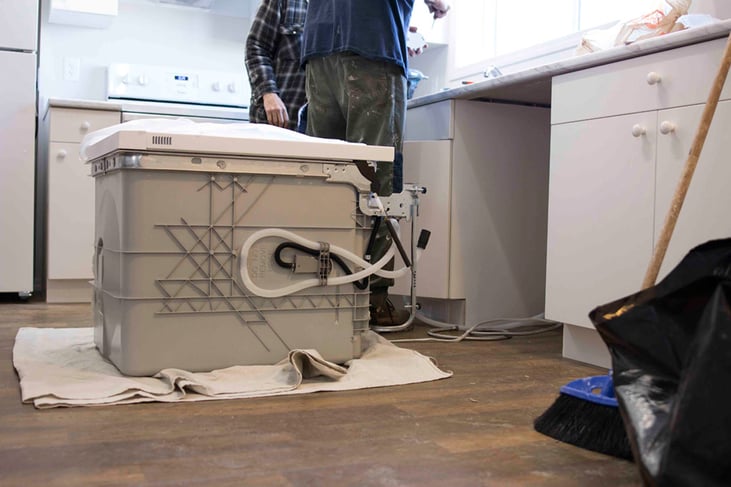 A few weeks ago we had to slow down all framing work due to severe weather conditions, but fortunately, the warm days have finally arrived in Calgary, so we were able to finish all the framing in Building C.

Currently, we are waiting for trades to finish before we can proceed with insulation and drywall. 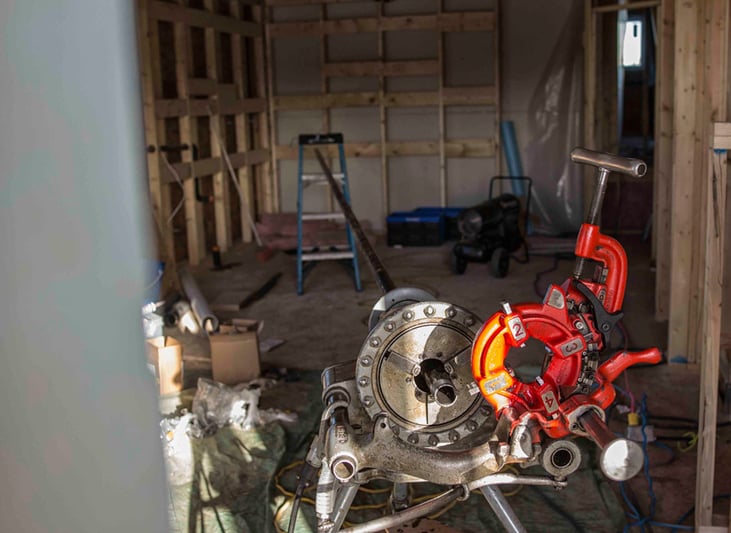 Also, plumbing work is in progress right now in Building C. A machine above is called a pipe threader. This device is used by many plumbers and builders to cut or form the pipe threads instead of buying pre-cut and pre-threaded pipes by the manufacturer. This machine speeds up work on the plumbing projects.

Bowness development an exciting project that is located in the northwest Calgary community of Bowness. The project will consist of one six‐plex and expected to be finished later this year

Each unit will be approximately 1,000 sq. ft., with three bedrooms. The units will be in close proximity to public transportation and parkways. All units will be built using energy saving building practices to an equivalent of a Build Green Gold level and thus reducing overall costs for utilities and water.

All work is going well according to a construction schedule. Currently, we’re waiting for trades to start roofing.

Most of the work this week includes exterior and interior framing, as well as building stairs. 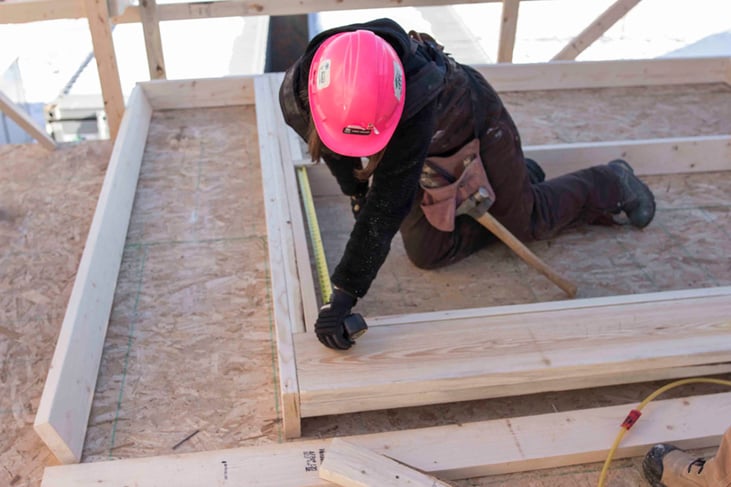 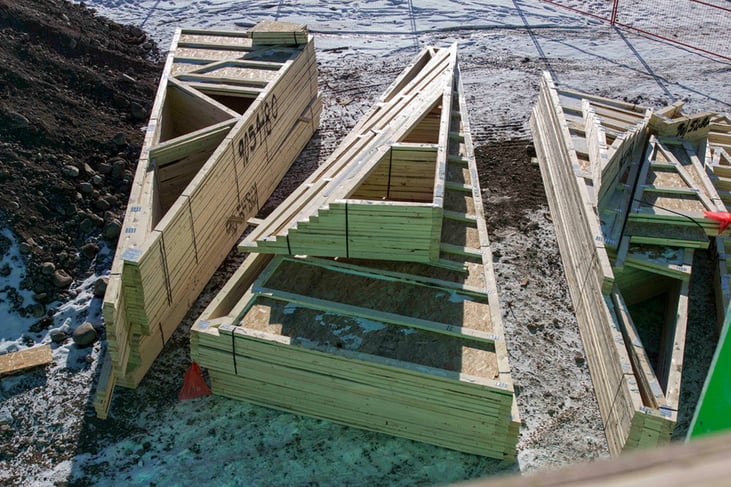 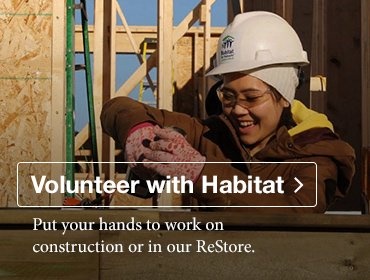