Peggy Bell is a woman who wears a lot of different hats. Lucky for us, some of them are hardhats.

Peggy started as a crew leader in 2005, the year after she officially retired. Since then, she has personally contributed more than 1,000 hours of her time towards building homes in and around Calgary. On the build site, she enjoys doing the notoriously finicky painting and finishing work inside the house, but she definitely isn't afraid to get out into the mud either. 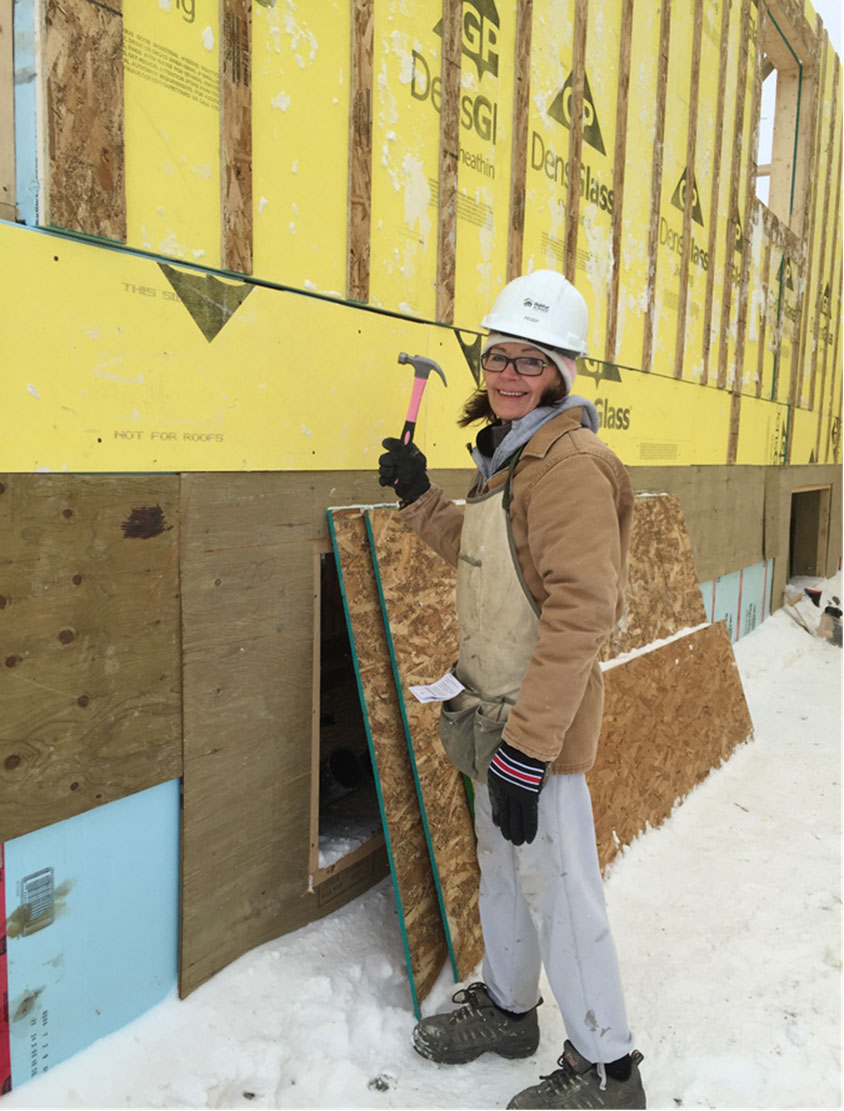 After five years as a local volunteer and crew leader, Peggy took her skills to a Global Village build in Zambia. We assume it went well, since she went back to Zambia five more times and is planning her seventh build for this May. On top of her work in Zambia and Alberta, Peggy has built homes in Vietnam and the Yukon.

When she isn't wearing a hardhat and steel-toed boots, Peggy enjoys oil painting. Even better, she's really good at it. She sells many of her paintings to finance her Global Village trips.

Thank you, Peggy, for being an incredible crew leader! You've made a world of difference in your ten years with Habitat for Humanity Southern Alberta, and we hope you'll stick around for ten more.