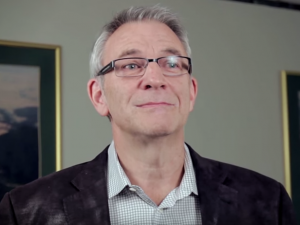 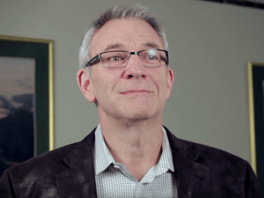 Retirement means different things to different people. For some, it is a chance to travel the world, seeing spectacular things and meeting fascinating people. For others, it’s a chance to spend more time with their families, try new things or catch up on their ever-expanding reading lists.

For just a few people, retirement means doing all of the above and more.

While still working on contract with Golder Associates, Les travels the world; helps raise six grandchildren; and acts as a board member for Habitat for Humanity Southern Alberta.

And we’re so lucky to have him!

Les found Habitat for Humanity when he was looking to retire and became a member of the Board of Directors in November 2014. He immediately took to the fundraising part of the organization and found himself in charge of the faith program.

Les’ passion for the Habitat cause and for the faith communities in Calgary brought him into contact with dozens of faith groups across the city. From conversations with community leaders he recognized the need for a true interfaith program that combined the energies of the major faith groups in Calgary and he set out to make it happen.

So far, Les has put in an incredible amount of effort connecting with the faith leaders in Calgary. He hopes to create an Interfaith Build program that will unite the Christian, Jewish and Muslim communities across the city and will offer visible evidence that they are united by their care for local families living in poverty.

Thanks you, Les! You’ve put in an incredible amount of effort and our partner families appreciate every minute of it!