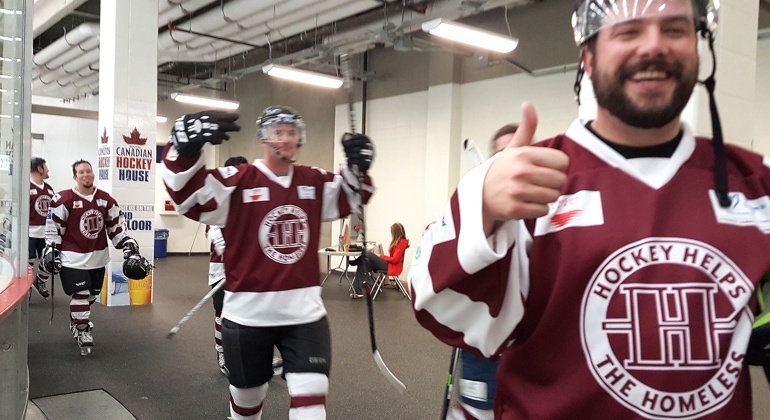 Hockey Helps the Homeless had been a huge supporter of Habitat for several years, so I had let them know that I’d be happy to help on the day of the event in any way that might be needed.

It turned out they needed people representing the charities to go into dressing rooms and give a little speech to the players before the games.

My job was to walk into the dressing room ten minutes before puck drop and ask half naked men to turn down the radio so I could tell them a little bit about Habitat, “just real quick before you hit the ice.”

Now, I’m no stranger to half naked men in the dressing room. I grew up playing hockey and still do. It’s no problem.

But when Robyn Regehr, former Calgary Flame (whom you’ve spent hours and years watching and rooting for as a Flames fan), is sitting half-naked in front of you close enough to touch as you’re trying to tell the guys about building strength, stability and independence for local families, well, that was different!

Now I know what it feels like to coach.

Jokes aside, it was a fantastic experience for me personally and I’m grateful to have had the opportunity.

And on behalf of Habitat, we’re even more grateful for the incredible support we’ve received from Hockey Helps the Homeless over the years.

Michael Tseng has been associated with the tournament for six years now. He's the chair of the Calgary Chapter and has been incredible to work with.

Michael works full-time as a Director, Advisor Experience at Freedom 55 Financial and contributes a ton of his own time every year to bring this tournament to life.

When you speak with Michael, along with the rest of the team, you get a clear impression that he’s genuinely invested in supporting community, and hockey is just a fun way to do it.

"For me, Hockey Helps the Homeless is the perfect blend to showcase my passion for the sport of hockey and the love for my community. Year after year, I am continuously amazed by what a little bit of teamwork and generosity can accomplish.” 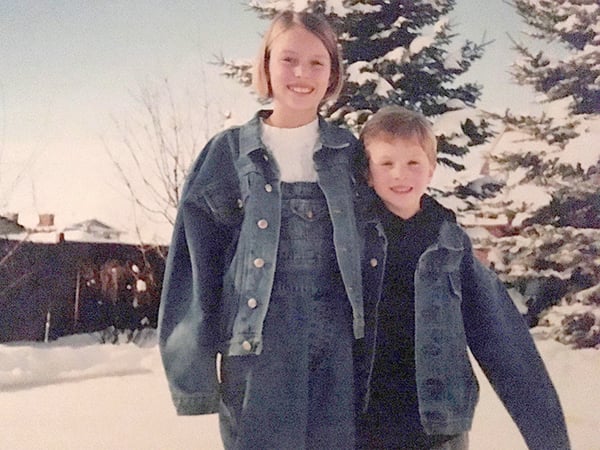 “The tournament has been a complete joy to play in,” said Ian Warnock, who has participated for the past two years and was initially recruited by his neighbour.

“The men and women that play and support this organization are absolutely fantastic. The treatment of participants is also fantastic, making you feel like a star when you arrive to the time you leave.”

Ian is a beer leaguer at best – a “novice,” he admits – so Hockey Helps the Homeless is a rare (I mean, have you ever played on a line with an NHLer?) opportunity to skate with the pros. 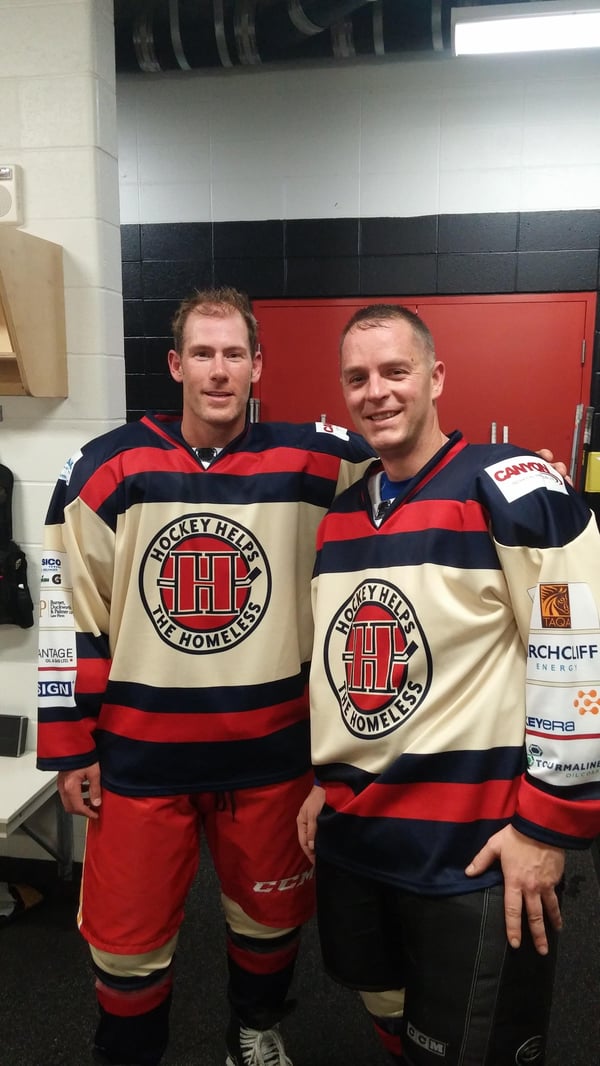 “My favorite part of this tournament though, has to be the gala at the end of the evening. They have a couple of pros come on stage for a 'hot mic' Q&A, which is both hilarious and informative.

“But the best part for me personally, was the special guest last year, Habitat homeowner, Nichole.

"She was a single mother who recently moved into her own home thanks to her own hard work and help from organizations such as Habitat for Humanity."

"To have her on stage to tell her story really hit home as to why doing this tournament matters. I may have had to hold back a few tears. It's a great day and everyone wins!"

Funds from Hockey Helps the Homeless have supported Habitat builds in the communities of: 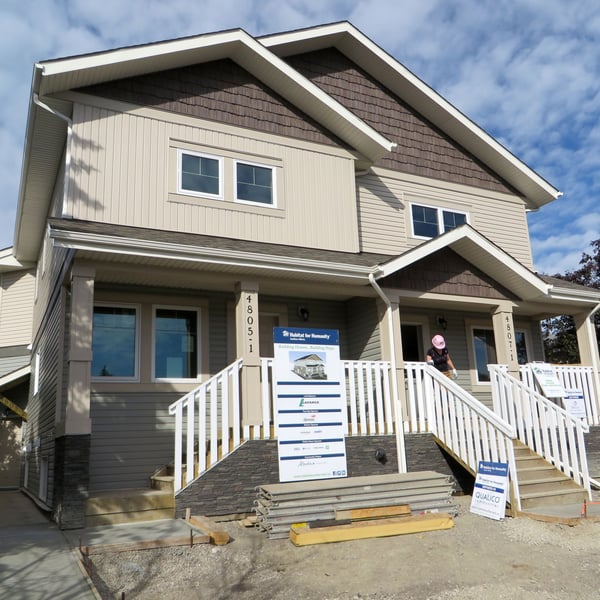 Funds from Hockey Helps the Homeless have helped to fund habitat homes
in five calgary communities, including montgomery.

Be part of Hockey Helps the Homeless 2018

There is still time to register as a team or an individual to play in the 2018 tournament on Friday, November 2 at Winsport Arena. Please visit their website to get signed up!

Funds raised at the 2018 tournament will support: