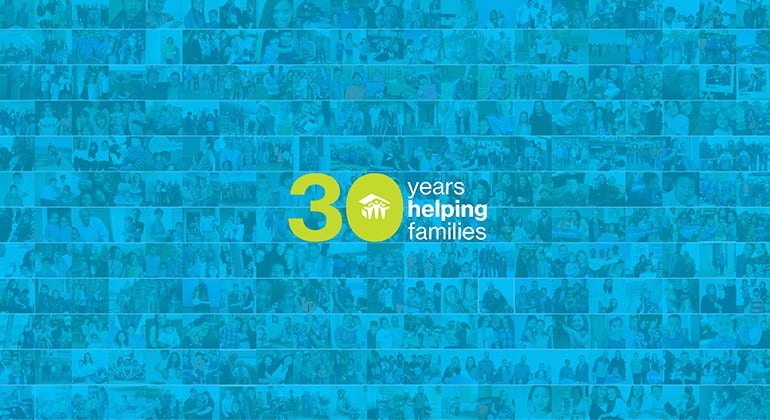 In 1990, Habitat for Humanity was formed in Calgary. It’s slogan back then was “Building Homes. Building Hope.”

Two years later, our first home in Richmond, Calgary was finished. Over the next three decades, tens of thousands of donors, volunteers and community leaders joined their hands, hearts, hammers to make affordable housing possible.

300 families, who never thought they would own a home, became homeowners in communities across southern Alberta – Calgary, Okotoks, Medicine Hat, Olds and Pincher Creek – just to name a few.

We are so thankful for every donation, every ReStore purchase, and every hour of volunteer time invested. No words could say thank you enough. We hope this video can.

“The donations, time, supplies, I don’t know if they really understand how much it helps out and what it means to a family like ours,” says Robert, our 300th homeowner.

“Because it’s really, really phenomenal. You know, the smallest thing helps out and it shows.”

As we celebrate our past, we look forward to framing our future for the next 30 years as we build a community where everyone has a safe, affordable place to live. Thank you.