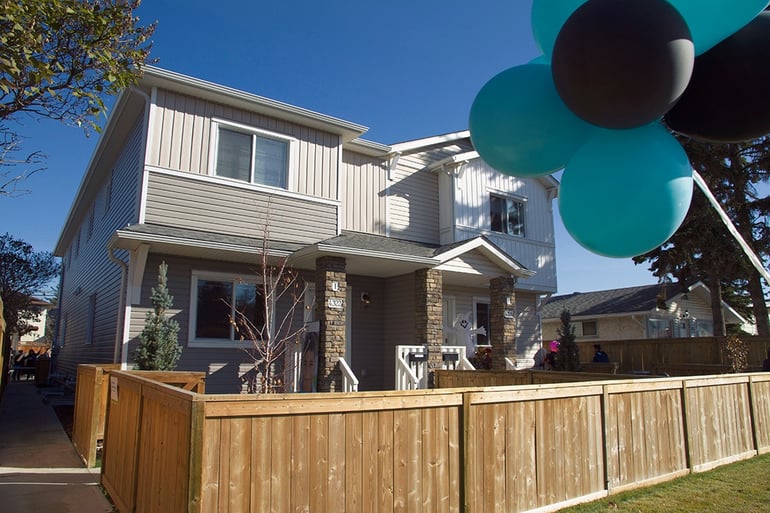 On October 19th, we celebrated the completion of a four-plex in Bowness that will provide affordable home ownership opportunities to four Calgary families. We were joined by sponsors, donors, community partners and volunteers who have helped to make the project possible, along with the new Habitat homeowners.

"Today is a moment of celebration of our community coming together to help one another. You can see by the amount of people that are gathered here that the construction of these homes is no small feat."

These four homes in Bowness are one of four Habitat developments in the community. We completed a six-plex last year, and are working on two five-plexes, scheduled for completion by early 2019. 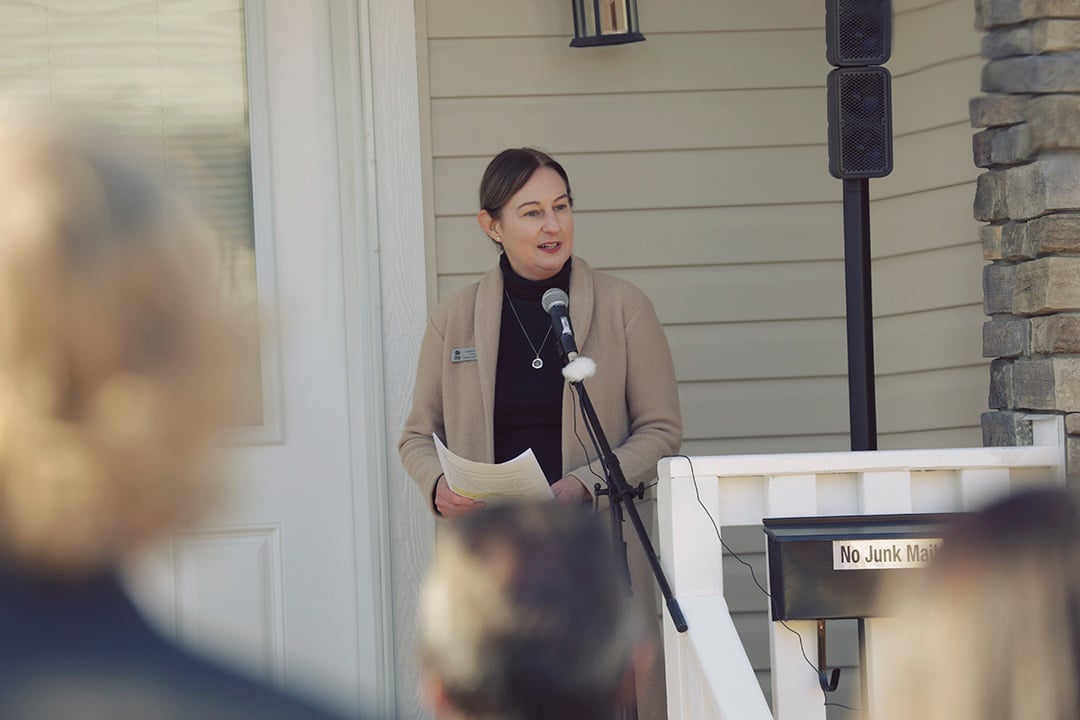 The four-plex has been aided by financial contributions from numerous sponsors, donors and community partners.

Minister of Finance Joe Ceci was in attendance to bring greetings on behalf of The Government of Alberta who has been a significant supporter of these homes in Bowness. 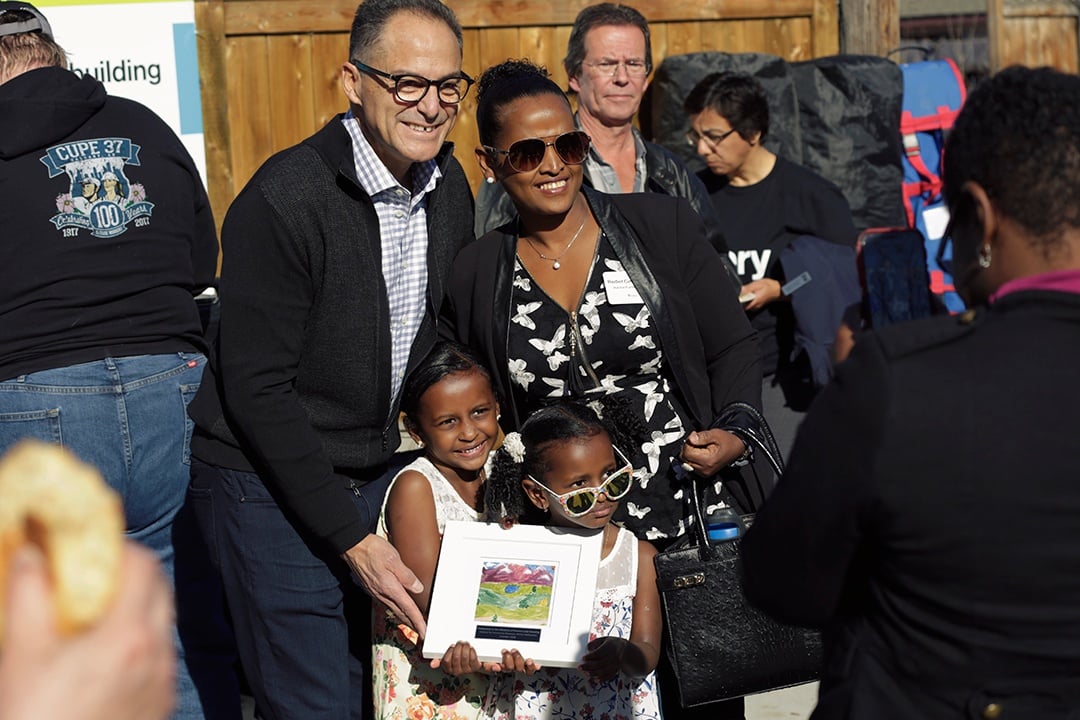 Each of the homeowners has contributed 500 volunteer hours as part of their partnership and will purchase their homes at fair market value through Habitat’s affordable mortgage, which means no down payment and no interest.

Annette, mother to Patrick [16] and Riley [10], is one of homeowners in Bowness. She spoke at the home dedication about how home ownership has brought stability, security, and peace of mind to her and her family's lives.

“Since we have moved here I have lost 15 pounds, my older son no longer needs his inhaler and my younger son sleeps in his own room and not on the floor by me. Thank you from the bottom of our hearts for what you have done for us. It is because of people like you that my boys and I have not just a house but a home.”

Habitat's affordable mortgage means that payments will be geared toward each family’s income and will never exceed 25 percent of their total household income. This gives parents like Annette financial flexibility and the ability to build long-term stability for their children. 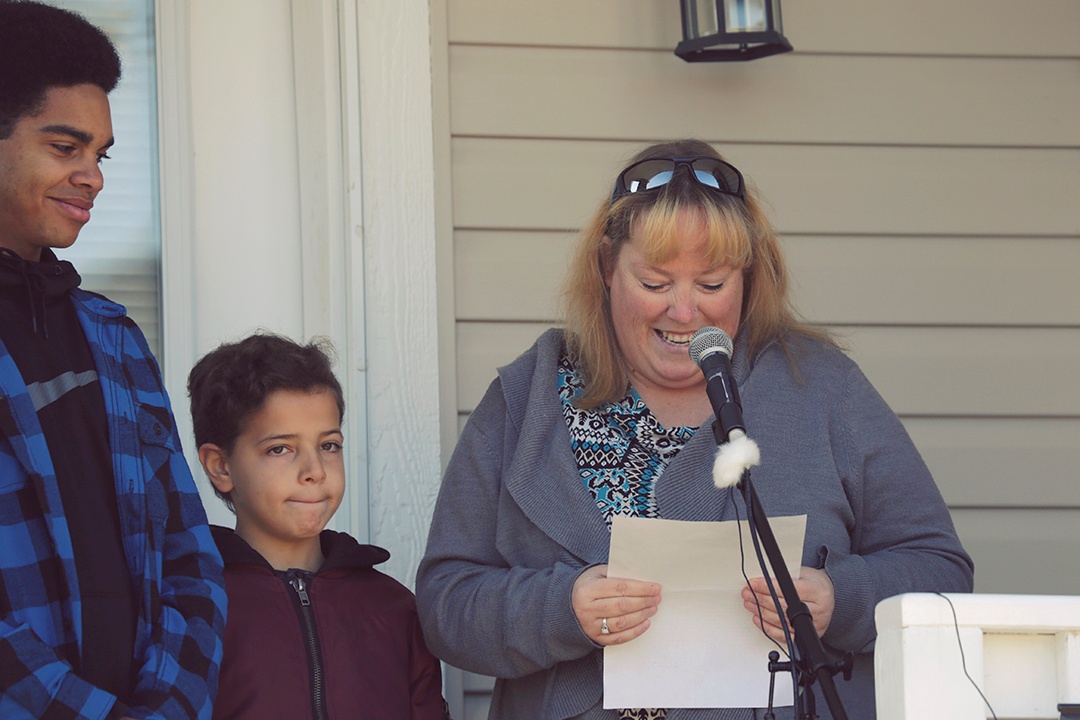 Relive some of last month's home dedication in Bowness and see why it was one our favourite moments of the year.