every faithcan be put into action 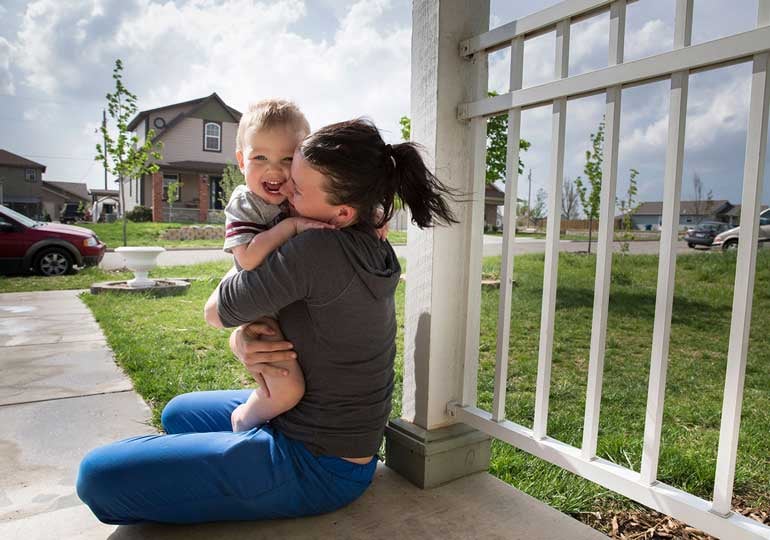 Bishop William McGrattan of the Roman Catholic Diocese of Calgary, as part of the Interfaith Build Project, has made a generous donation to Habitat for Humanity over two years (2017 and 2018). The first installment was in 2017 and the second will come in 2018.

These generous contributions will help fund three developments in Calgary - Bowness, Pineridge and Silver Creek - as well as builds in Medicine Hat and Okotoks.

The Diocese is honoured to be a part of this important issue and looks forward to engaging the community during this commitment to assist with the issue of housing stability and affordability.

There will be many opportunities for you to learn about the issue of housing stability, raising funds for this Interfaith Build Project and volunteering at Habitat for Humanity build sites.

About the Interfaith Build Project

The Interfaith Build Project in support of Habitat for Humanity is a unique opportunity for clergy from all faith communities to come together to put their faith into action and help build stability and independence for Calgary families in need of affordable housing.

It is also a powerful statement to the citizens and leaders of Calgary that cooperation among leaders of diverse faiths results in good work that benefits everyone and sets a tone of goodwill that one can be modeled in other arenas of public dialogue and action.

Through our collective effort, we can have a dramatic, positive, and permanent impact upon families who in turn can achieve strength, stability, and independence through home ownership.

Learn more about getting involved